The Meteor Framework is growing up fast, soon it will turn 1.0.

With $11.2 million in funding and a dedicated development group, Meteor is worth paying attention to. In 2012 it was the third most starred open source GitHub repository, and it has had a large community ever since.

Writing software is too hard and it takes too long. It's time for a new way to write software ...

The world wide web wasn't built for the awe and wonder we expect from modern day web applications. Like many other frameworks, Meteor addresses this problem. But Meteor is more than just another framework. It is a framework for building apps fast:

What once took weeks, even with the best tools, now takes hours with Meteor.

How to run it?

After Meteor has installed, cd into a directory and run $ meteor create zoo.

zoo can be anything you'd like, this will be the name of your project.

Open up http://localhost3000, and you'll see something like this:

This is not a very exiting application so far, what we see is just a simple boilerplate for your project. But it's a good starting point, have a look at the boilerplate code to get an idea of how Meteor works.

How to deploy it?

Run $ meteor deploy zoo.meteor.com. This is not a good option for high-volume apps running in production. But it is a convenient way of publishing your project to any available .meteor url of your choice, for example http://zoo.meteor.com .

As you'll see in the roadmap, Meteor is developing Galaxy, a commercial service for hosting Meteor apps. Meanwhile, you should consider hosting your app through a NodeJS hosting provider. Run $ meteor bundle zoo.tgz to export your production-ready application which later can be deployed to your favourite NodeJS host.

The seven principles of Meteor

Data on the Wire.

“Don't send HTML over the network. Send data and let the client decide how to render it.”

Unlike traditional websites, Meteor downloads the application's HTML templates once. After that, only data is transferred back and forth to the server; in other words, Meteor works like most single page applications.

“Write both the client and the server parts of your interface in JavaScript.”

For real-world projects, code should be split into different directories. The "client" and the "server" directories run code in their respective environemnts. The "lib" directory runs in both, this is a good place to put rules for form validation and Mongo database collections.

“Use the same transparent API to access your database from the client or the server.”

Meteor comes with a client-side JavaScript implementation of Mongo. Forget REST, SQL, Ajax and other middlemen. Communication from the client to the database to the client is seamlessly taken care of by the framework. Write your database queries on the client, set up some permissions server-side, and let the framework handle the rest.

“On the client, use prefetching and model simulation to make it look like you have a zero-latency connection to the database.”

Sending data to the server, saving the data to the database, loading an updated list of records and updating the dom takes time. Meteor skips the roundtrip to the server and updates the dom immediately when the user changes data.

“Make realtime the default. All layers, from database to template, should make an event-driven interface available.”

Let's imagine that we're looking at a list of animals. What happens when another user changes the name of an animal? The list updates in real time; not the entire page or <ul>, only the <li> that contains the text. Since this process is so unobtrusive, multiple users can easily interact with the same data in real time.

Session is another example of reactivity. Use it for whatever you like, for example HTML attributes, SVG and even in Mongo queries. Or make text dynamic:

“Meteor is open source and integrates, rather than replaces, existing open source tools and frameworks.”

Meteor has it's own package manager; https://atmospherejs.com/. Here you'll find a rich selection of Meteor-specific packages, as well as familiar packages such as JavaScript plugins and css frameworks.

“The best way to make something seem simple is to have it actually be simple. Accomplish this through clean, classically beautiful APIs.”

Run $ meteor add accounts-ui and add {{> loginButtons}} to one of your templates: 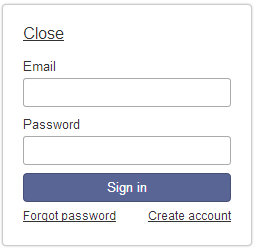 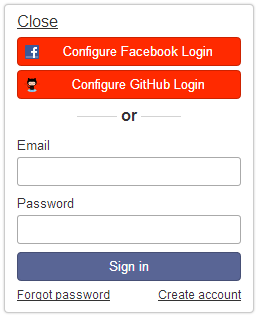 Clicking those links will walk you through the steps you need to start supporting Github and Facebook authentication.

Add Meteor.users.find({}); to your client-side JavaScript to get all users. Don't worry, Meteor will not send the users` passwords to the client.

Get the currently authenticated user by calling Meteor.user(), store any data in it's profile property, controll access by using methods such as

Check out Meteor's resources and the documentation which will give you an idea of what's included in the framework.

On Meteor's package manager site you will find a good selection of packages that aren't included in the framework by default.

Also watch this video. It's a bit outdated at the time of writing, but gives a good demonstration of Meteor's principles.